We welcome contacting any of our church staff! Please use the Contact Us form and we’ll get in touch with you right away or call the church office at 503-364-6709. 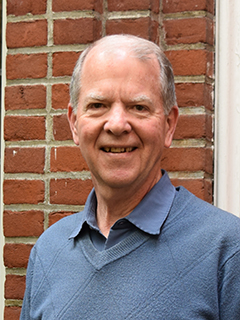 Dan is a life long runner, has a passion for gardening and also raises Australian Finches.  He and his wife, Jennie, have two grown children, one grandchild, and a Golden Retriever. 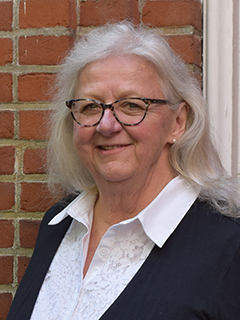 Kathy Pressler is the church administrator who oversees the general operations of the church, human resources,  and schedules all events, meetings, and building rentals. She also serves as the bookkeeper for both the FUMC Trustees and Open Door Churches.

When at home, you can find Kathy working in her yard, walking her Cocker Spaniel, Jackson, or dabbling in water colors. She also enjoys short trips to the beach and the mountains – anywhere with water! 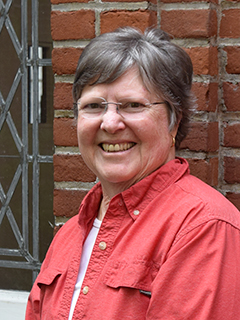 Judy Allen is the Bookkeeper/Business Coordinator for the church. Her responsibilities include recording income, paying bills, balancing the accounts, reconciling bank statements and preparing financial reports.

A math teacher for 31 years, Judy still enjoys working with students at the high school and college levels. She loves to visit her three children’s families (7 grandchildren) where hiking, camping, soccer games and high school musicals add fun and variety to retirement. 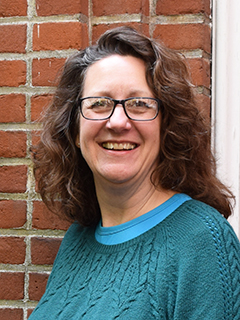 Katie Carpenter serves as both our Office Reception and Secretary and is the face visitors first see along with our volunteers. Katie also creates both our weekly and monthly newsletters as well as designing our Sunday worship bulletins.

Passionate about accepting all people exactly where they are, Katie makes sure people from all backgrounds and ages feel welcome in our church. When she isn’t with us at Salem First, Katie loves spending time with her family, taking part in outdoor activities, and attending various music and art events. 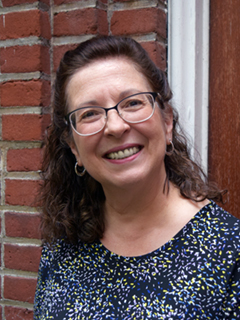 Jennie Pitney, Praise Band Director & CrossFire Youth Band Director, has been a lifelong lover of Contemporary Christian music. In her younger years she was a part of a duo called “Covenant” that traveled the Midwest and South singing in churches, coffee houses, retreats, and Christian music festivals. She has been involved in leading praise music, children’s choir or youth bands at each of the churches she and Dan have been a part of. Jennie joined the staff at First UMC shortly after Dan in 2009.

Jennie sometimes likes to bake, dabbles in photography, loves being a grandma and occasionally documents the adventures of Gracie, the golden retriever (Check #ohmygoodnessgracie on Facebook). There’s always a likelihood that Jennie would rather be at the beach. 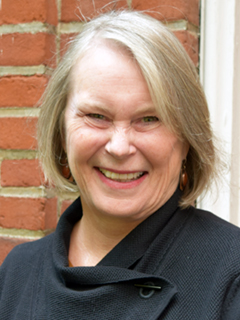 Leta Brewster, Minister of Visitation, started in this position after retiring from the church as Director of Volunteer Ministries, a position she held for four years. Leta volunteers as a weekly hospital visitor along with other church activities.

Leta and her husband enjoy camping, kayaking, road trips, concerts and biking. Leta is an avid reader. She also likes to cook, attend matinees and hike. 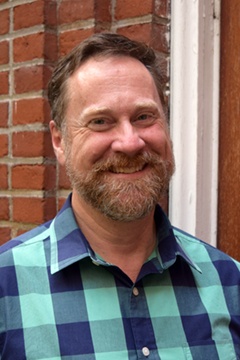 Jon Stuber, our Choir Accompanist, holds a Doctoral of Musical Arts from the University of Texas at Austin. Prior to coming to Salem FUMC, he served at First Presbyterian and St. Mary’s Cathedral in Portland, Oregon.

As a pianist/organist, Jon has appeared with numerous groups such as the Consonare Chorale and the Columbia Symphony Orchestra. As a conductor, he has worked with groups such as Belle Voci Women’s Ensemble and the University of Portland Women’s Choir. While completing his doctoral program, Jon made his European debut at Truro Cathedral in Cornwall, England and has performed in numerous musicals.

During the day, Jon works at Aldrich Advisors as an Account Manager in the Benefit Administration Division. When not managing benefits or playing music, you can find Jon digging in the garden, frying chicken, or at the movies. 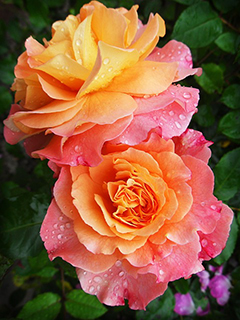 Rachel Joy joined our staff in 2019 as Director of Congregational Life. With her warm spirit, Rachel welcomes our visitors and helps them get connected in the life and ministry of the church. If you’re a newcomer, Rachel is a great person to talk to and ask any questions you may have. If she doesn’t know the answer, she’ll certainly find it!

Rachel enjoys being around people, listening to music, and spending time outdoors. In her free time, you will find her out hiking or at the beach with people she loves. 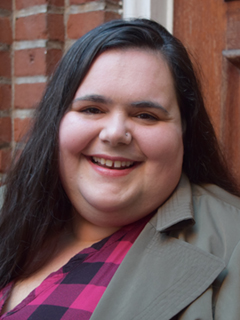 Christina Gordon, Childcare Coordinator, is an Oregonian although she grew up in Montana. The mother of a second grader and a leader of a Girl Scout troop, she also works full time at Family Building Blocks and has for five years. Her passion is advocating for families and children because that’s where she knows peace begins.

Christina originally started working at First United Methodist Church in October of 2017 as a childcare attendant and transitioned shortly after to Child Coordinator, describing her job as a person who hopes to bring peace of mind to parents and families of FUMC. She wants them to know and trust their children are cared for in the best possible way. She has focused her time on having the kids of FUMC to have the opportunity to build healthy relationships with each other, the church, and for parents to be able to engage in all of what FUMC has to offer.

When not working at FUMC, Christina enjoys painting, creating crafts, working on home improvement projects, and enjoying one of the many amazing parks in Salem. 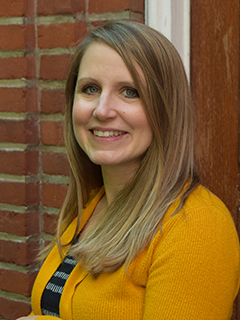 Heather believes learning is ultimately a journey toward inner truth and this then propels us outward to be agents of God’s justice, mercy, and love in the world. Rachel’s free time is spent with her 3 year-old son and husband playing Legos, visiting the park, and playing baseball. She also enjoys cooking, yoga, running, and reading. 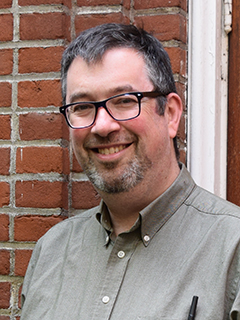 Jeff’s passion is to help youth connect their faith to service in the world and helping youth discover their calling from God. Jeff also leads the Portland based service learning program L.A.S.T. (Learning and Serving Together). In his spare time, he is a musician and songwriter and his music can be found at www.jefflowerymusic.com. 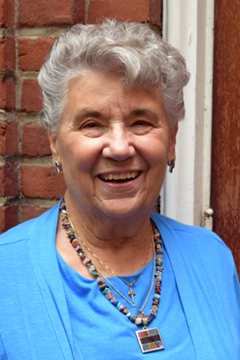 Glenda Serex, Director of Mission Bells, has been active in the music program at FUMC since 1963. She has been a singer in the choirs, served as a director for children’s and adult singing and ringing choirs throughout the years.

Glenda was a stay-at-home mom for 16 years before returning to school to earn her teaching degree at age 40. After teaching choral and theatre arts for North Marion High School for ten years, she taught choirs and general music at Gubser Elementary in Salem until her retirement in 1998 when she became a stay-at-home “grammy” for 4 “grands.”

In 2015, she felt called to fill the general music teaching position at St. Joseph School which is just a few blocks from FUMC, and from which she re-retired in 2018. Now she spends her free time puttering, de-cluttering, reading, working on puzzles, and playing with her great-granddaughter. 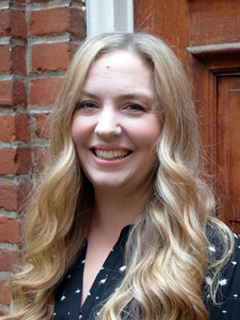 Aimée Larsen–Amend, Director of Music Ministries, is a Salem-based director, musician and vocalist. She holds a Masters in Contemporary Music from Western Oregon University and has been a performer in the Willamette Valley for over 25 years. Aimée has been the Director of Music Ministries at First United Methodist since 2019. Along with directing the First United Methodist Sanctuary Choir and overseeing music production for the services, Aimée is also an active performer and choral clinician. She currently serves as a vocal instructor for the local non-profit Music Lessons Project and is the Soprano section leader for the Willamette Master Chorus as well as a sitting member of the Willamette Master Chorus Board of Directors.

Aimée lives in Salem along with her husband Ryan, a Salem/ Keizer public schools music educator, and their four children.